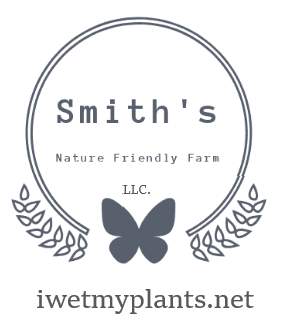 Recently, one of my customers spurred my curiosity on the subject of toxic squash. I had no idea that the risk of squash becoming toxic was a thing, but turns out, it is. There actually is not a great deal of information on the subject easily found online. But I am going to share with you what I have learned and the #1 rule you will need to know about preventing toxic squash poisoning.
First off, for some background. It is important to understand that toxic squash can impact pumpkins, gourds, cucumbers, Butternut, Pumpkin, Zucchini, Gourds and Watermelon. Essentially anything in the Cucurbitaceae family which includes all squash.
How does this happen?
The Cucurbitaceae plant fruit, before human intervention naturally contained a chemical called cucurbitacin. This chemical in the wild was the plants natural defence system against animals that want to consume the squash. Humans modified the squash over time to create strains with low levels of cucurbitacin.
So how does the toxicity come back?
It is said that it can happen when members of the Cucurbitaceae cross pollinate with “wild” Cucurbitaceae. Now some research says it is also possible with cross pollination with other plants such as gourds. Heat stress, water stress and nutrient stress are also said to cause it. There are 3 very public cases of squash poisoning all of which occurred in Europe. Sadly, a german fellow ate a stew with toxic squash and died and two french ladies ate toxic squash, lost their hair and became violently ill for a month. Now, how their squash became toxic I cannot confirm. Perhaps, wild unaltered squash or their squash was cross pollinated. I have yet to find anything that scientifically states how their squash became toxic.
Should I be worried about toxic squash?
In short, no, I think we need to think rationally here. There is only a small number of cases of illness tied to squash poisoning in the world. And only 3 widely known that had extreme results such as hair loss or death. Some researchers are stating these are the first known cases that were this serious. In a world filled with squash growers, many eating from cross pollinated compost piles and gardens each year and only 3 serious cases are widely known of, the risk seems extremely low. Although, I do recommend being aware of it and being a smart gardener, I don't think people need to panic and start giving up on growing edible squash.
So what should you do to prevent Toxic Squash?
You can start with trying to prevent cross pollination. I would recommend being most careful with gourds cross pollinating with edible squash. If you do have wild cucurbitaceae growing in your area I would definitely be more careful to avoid cross pollination.
Be careful with cucurbitaceae plants becoming heat stressed. Ensure they get plenty of water and nutrients.
And the #1 rules for preventing Squash Poisoning…
Do a tiny taste test  before eating any squash or squash from the cucurbitaceae family. Never eat it, if it is bitter.
Take a tiny taste of any edible squash before consuming (a very small amount can make you sick so spit it out if it tastes at all bitter). Be especially careful with squash that may get lost in the flavour of something else, such as zucchini in a stew or pasta sauce. Taste test before cooking it into a sauce. If it is bitter, do not consume it. Simple as that.
Important to note is that the cross pollination impacts will not take effect until you have eaten the squash grown from the cross pollinated plant. So, the second generation of squash.
Now, if you save the seed from a cross pollinated squash to grow next years plant, that is where the risk for toxic squash will increase.
In my mind, even if you are buying your seed from a company though, there is no way to guarantee the seed you are purchasing has not been cross pollinated. Growers would have to manually pollinate and protect the flowers from any pollinators  and yes some do.
This leads me back to the best way to prevent toxic squash poisoning, never eat a bitter squash.
Again, the risk is low. Getting in your car is far more dangerous than the squash in your garden but I think it is still very important to have the knowledge that it exists.
So keep growing squash, just do so now with toxic squash awareness.
Feel free to comment with anything you have learned on toxic squash, we would certainly love to see more research and findings on the subject.
We appreciate you joining us. Be kind, be nature friendly. Take care.
We would love it if you would connect with us please subscribe to us and join us online:
On Facebook
On Twitter
On YouTube
Our blog includes Google Advertisements. These advertisements can generate revenue from Google .10 cents from every dollar made at Smith's Nature Friendly Farm including ad revenue from Google will be donated to the charities we work with. Learn more about how we give back.